How To Bet On College Basketball In 2023 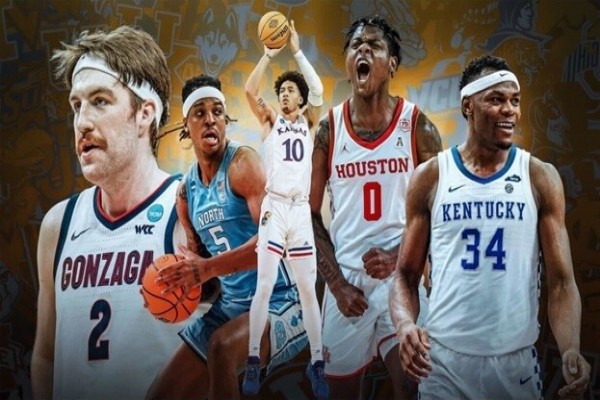 College basketball season is heating up. A few holiday tournaments remain and then conference play begins to ramp up. It of course all leads into the always fun March Madness.

Relative parity is the name of the game so far this season. That and the “Year of the Big Man”. Thanks to both the NBA’s affinity for loading up rosters with guys that can hit three-pointers and new NIL rules that let college players make money, more prominent “big men” and staying in college. Traditional powers such as Kentucky, Duke and Kansas are still good, but plenty of other schools are fielding teams on par or better this year. Here is the top ten on KenPom.com right now, with the number next to each team a “power” rating. The difference between teams “power” is roughly a fair point spread between the two teams in a game on a neutral court.

There is not a whole lot separating these teams. The next ten bunch up even more as Indiana is currently 20th at 19.73. Ohio State incidentally ranks 16th.

There are many ways to wager on college basketball both on individual games and season long achievements. If you do not have a BetMGM account, Ohio residents can click here and take advantage of our BetMGM Ohio bonus code and start wagering as of midnight on New Years Eve.

This remains the most popular way to wager on a college hoops game. There are 350+ Division 1 teams in college hoops, and the sportsbooks will post a line on pretty much every matchup.

Let’s say Ohio State is hosting Penn State. Based on their respective power ratings and giving the Buckeyes about two points for home court, the sportsbooks will open with Ohio State favored by about six points. They will price it to start at -110, meaning bettors will have to risk $110 to win $100. The spread can open differently of course as there are other factors such as injuries and the current form of the teams heading into the game.

As in other sports, it is an over/under wager on the total combined points in the game. Ohio State-Michigan Over/Under 143.5 is an example. If the teams combine for 143 points or fewer, the under wins, over 143 and the over cashes. The books default to price these at -110. Handicapping totals requires estimating the pace (tempo) each team likes to run their offense and the efficiencies of each team’s offense and defense. Basically, how many possessions will there be in the game and how much will each team be expected to score per possession. The average game right now has just under 69 possessions with each team scoring a shade over a point per possession. Ohio State runs at a slightly slower than average tempo but with one of the best per possession offenses in the country, which may or may not hold up when they face a tough Big 10 team every night.

There are prop bets available for college basketball games though they usually do not post until close to game time. They resemble props on NBA players as they are mostly over/under bets on a player stat. For example the book might list a prop on Zach Edey of Purdue over/under 7.5 rebounds vs Indiana. The limits are relatively low on college props and they might price worse than -110 on both sides.

These list all season, but get bigger and better when March Madness rolls around. Right now, futures are up on the overall title winner and winners of each conference. Here is the top of the board to win the title over at BetMGM Ohio.

There are a ton of teams with very similar odds, speaking to the parity this season. North Carolina slogged through most of the last regular season then got it together relatively late last year and made a run to the finals. Can history repeat? They sit just behind this pack at +2500. Alabama looks very interesting at +2500 as well.

The books also have odds up on regular season conference champs. Here is the board on the Big 10 at BetMGM.

All nine of those teams might advance to March Madness. Purdue definitely looks like the class of the Big 10, but the bigger odds teams are sure tempting here.

There are individual futures as well. Here are the odds at BetMGM for the John R. Wooden Award winner, basically the Heisman for college hoops.

Tshiebwe won the award last year, but it is very tough to repeat even though he is just as good. Very few players even return to college hoops the year after they won, he’s the first since Tyler Hansbrough of North Carolina won in 2008.

Futures betting gets even better when March rolls around as the books will all post odds on conference tournament winners. Then comes March Madness and futures on Sweet Sixteen and Final Four. There is much to look forward to in college basketball as we head into 2023.