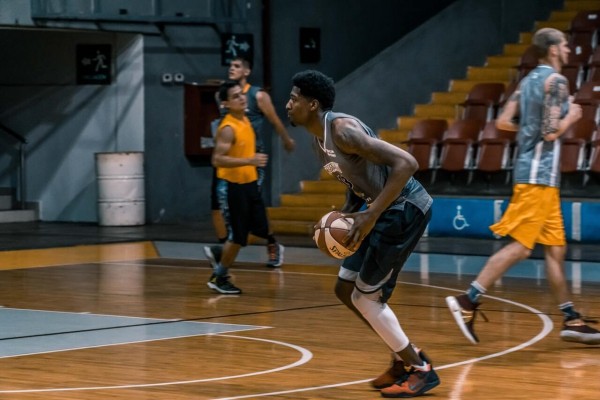 We might still be some distance away from the start of the NCAA Division I 2022/23 season, but that does not mean that it is not possible to already look at trying to work out who the five top favorites are to go on and win the entire thing.

The previous edition of March Madness saw the Kansas Jayhawks edge out North Carolina Tar Heels in the final, but will they be able to retain their crown next season? Will we see one of the other big college basketball programs make a return to the top and win?

Of course, there are so many different questions that need to be answered at the moment, with a lot of factors in between that also need to be considered. For starters, we do not know which players will still be involved in the NCAA Division I next season, as the 2022 NBA Draft is yet to have been drawn. Additionally, other things can happen throughout the offseason, including trades and injuries.

Nonetheless, whilst we still have months until the November 8, 2022, scheduled start date for the beginning of the 2022/23 season, let’s take a look at the five top teams that are most likely to be challenging at the end of the campaign.

The Kentucky Wildcats finished the year with a record of 26-8, although they were dumped out of the 2022 March Madness competition in extremely shocking circumstances, with many unlikely to have thought what had happened would have been possible.

Indeed, the Wildcats were eliminated in the First Round as the No. 2 seed in the East by the No. 15 Saint Peter’s; a team that actually managed to go on a historic run. Suffering that embrassement, there is every chance Kentucky will want to avenge that and end the decade title run that they are currently experiencing. A lot will be determined on who they can recruit and who may leave for the NBA, but if they can do their best, there is every reason why they should be in the conversation.

They might not be everyone’s choice, but after finishing runners-up, the North Carolina Tar Heels might look to try and go one better next year. They were unlucky to lose in the final, with it being just a one-possession game, but after obtaining a record of 29-10, they would have wanted to end the year in the perfect way.

Again, a lot will depend on who remains on the roster, but they will be a team that you should only write off at your peril…

Always a betting favorite for NCAA Division I fans, the Gonzaga Bulldogs were among the heavy favorites to win last season’s edition of March Madness, and they will remain one of the favorites this year, too.

They were eliminated by the Arkansas Razorbacks in the Sweet 16, and with key players including Chet Holmgren likely to leave in the 2022 NBA Draft, there will be a lot of questions about what they can achieve. However, with Coach Mark Few at the college basketball program, there is no reason that the team can continue to push for another year where they achieve a record of 28 wins or more after recording a 28-4 one last season.

We just mentioned the Arkansas Razorbacks, and it is a college program that is certainly showing that they are deserving of success in recent years. The team has found success hard to find in recent years, but they are certainly improving under the guidance of Eric Musselman.

The team has managed to reach the Elite Eight stage in back-to-back seasons, and with a roster that has plenty of talent, there is no reason not to think the program can continue to improve and go further in 2022/23.

The Houston Cougars were one of the most impressive teams last season, having achieved a record of 32-6, but could not capitalize on their good form as they only managed to reach the Elite Eight before being beaten by Villanova.

However, if you take the performances that they produced throughout the season, then you would have to strongly consider them this year once again, as they were a team on a mission. Add in Jarace Walker, and the program has a very good chance of being successful.